The GOMBURZA: The 7th National Monument of the Philippines

We arrived  early on today’s special occasion so there were still very few people in the area. Upon introducing ourselves, we were immediately escorted to our seats that had tags reserved to the “Solomon Saprid Descendants” -- we were probably the first few guests to arrive.

I’m usually an early bird and so, I’ve learned to manage time while waiting. I scanned the place and I still couldn’t believe that it looked so glaringly different from three (3) years ago.  I still remember the shock and distress that I felt when we first saw the GOMBURZA again in 2018 after so many years, and the state that it was in at the time.  One article described it perfectly, the place was a “no man’s land” and this was not an exaggeration of any sort. It was clearly the truth. Informal settlers visibly declared ownership and the whole surrounding area was in disarray, vandalized and smelt of feces and urine—it was disheartening.  Having witnessed all that, we were compelled to write a letter to the Intramuros Administration expressing our sentiments as children of the late Solomon Saprid, who loved the GOMBURZA not only because it was one of his first and best works, but more so, for what it represented.

So thereafter, we can only hope.

Of course, I wrote about last year’s “Visit” to the National Museum and the New Liwasang Gomburza which evidently expressed our gratitude for the excellent work and renovation done on the whole stretch where the Gomburza monument now proudly stands. What was achieved by the various government and organizational bodies who cohesively worked together to accomplish this huge and beautiful transformation is truly commendable.  But unfortunately, the pandemic happened and the much-awaited inauguration was postponed. Since COVID is still pretty much in the air, our family wasn’t expecting anything to happen within 2021.

And yet now, here we are, a witness and part of today’s commemorative ceremony. Honestly, since we weren’t exactly briefed, what transpired next came as a bigger surprise. Perhaps in my excitement I failed to decipher in the invitation what “unveiling of the historical marker” or in Tagalog: “Paghahawi Ng Tabing Ng Panandang Pangkasaysayan” in the event program really meant, which eventually to my delight, will of course have a major historical significance and impact on the GOMBURZA’S forthcoming status.  Initially, I was just expecting a wreath-laying ceremony which is expected and typical of an anniversary celebration, I presumed wrong.

And so, lo and behold, the GOMBURZA was declared a national monument; just the 7th in the whole Philippines!

The event was graced by Manila Vice-Mayor Ma. Sheilah ‘Honey’ Lacuna-Pangan, Sec. of Tourism, Bernadette Romulo-Puyat, Dr. Rene R. Escalante of the National Historical Commission of the Philippines and Director-Gen Jeremy Barns of the National Museum who, in our utmost appreciation, spoke highly of the GOMBURZA monument and of our father during his speech.

Another highlight of the occasion was the maquette. This was the original study in beeswax submitted by our father to the national committee that won him the GOMBURZA project in the 70’s.  At the time I was still a very young girl thus, I was seeing this for the first time. The replica of the maquette that we have at home was made from plaster of Paris; to finally see and appreciate the study in beeswax gave me goosebumps (no exaggeration here!). Hats off to the committee who managed to preserve this perfectly.

The morning ended with a short tour of the National Museum since this was just across the street to where the GOMBURZA is.  Earlier, we were informed by Dir.Gen. Jeremy Barns that two (2) of our father’s sculptures were flown in from the Philippine Center in New York and currently exhibited and cared for by the National Museum. And there again, the Lord had thrown in an additional cherry on top of today’s surprise. Extremely elated!

With this, our deepest gratitude to the City of Manila, the National Historical Commission of the Philippines (NHCP), Intramuros Administration and to the Directors and staff of the National Museum, as well as all our friends and relatives for rejoicing this historical day with us. Maraming, maraming salamat sa inyo pong lahat! 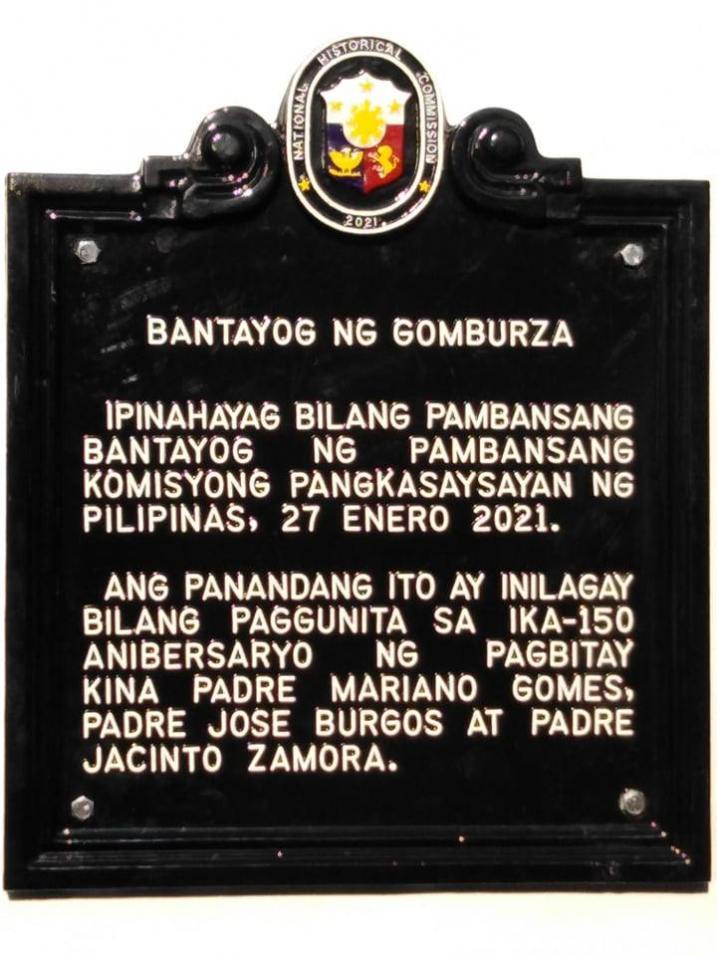 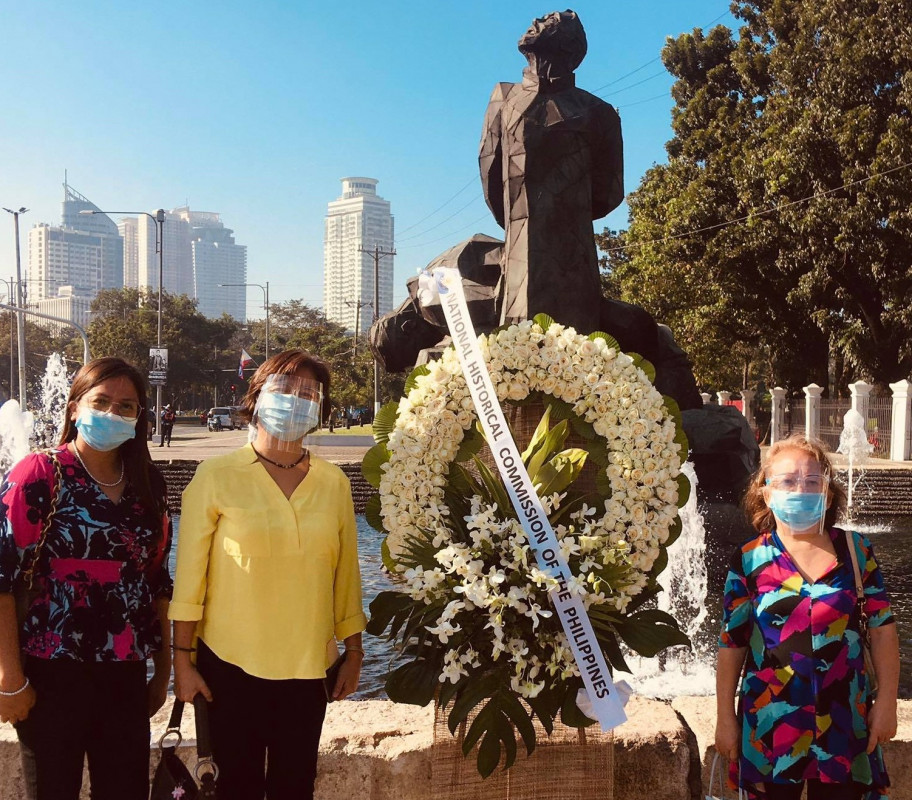 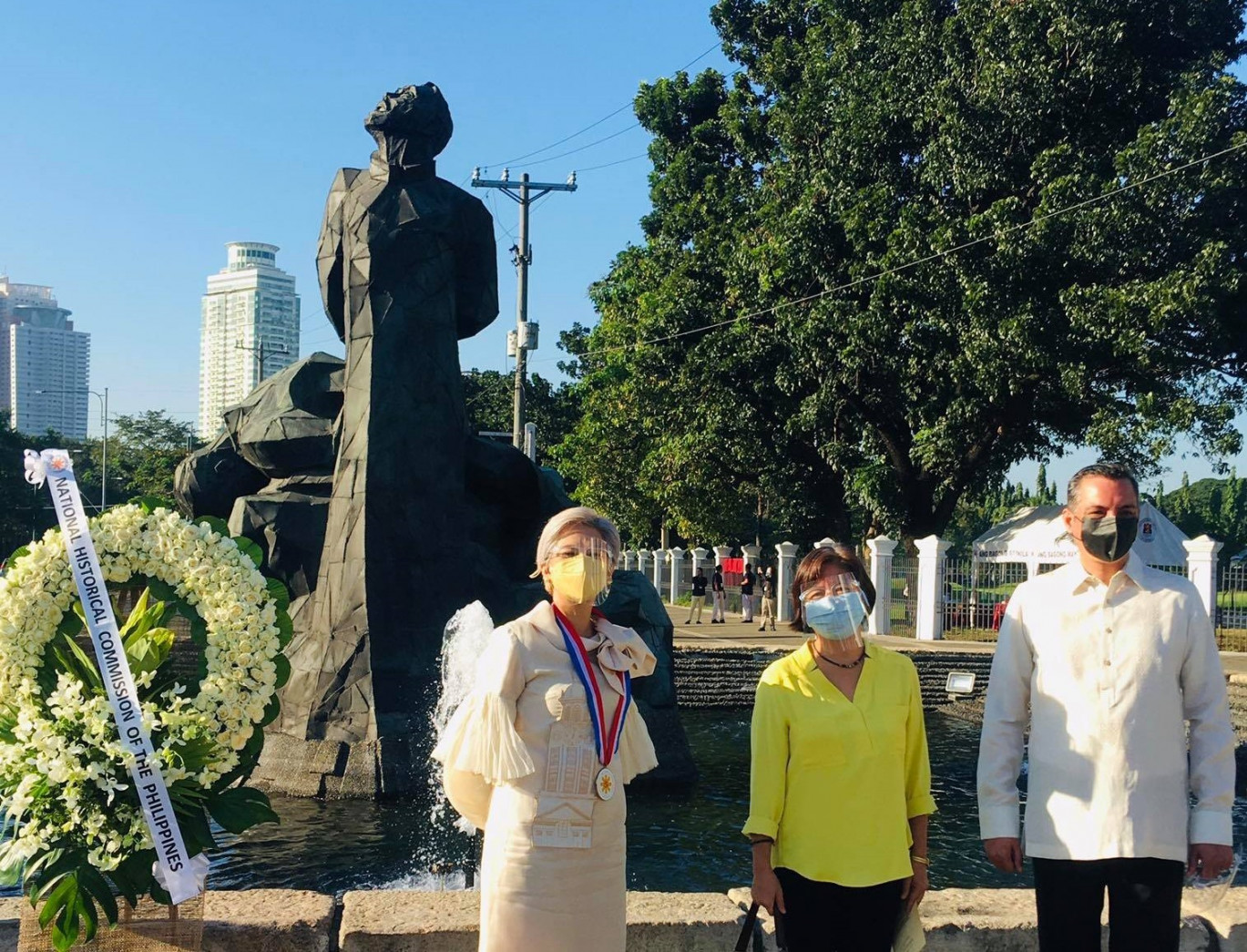 With Manila Vice-Mayor Lacuna-Pangan and Dir. Gen Jeremy Barns of the National Museum 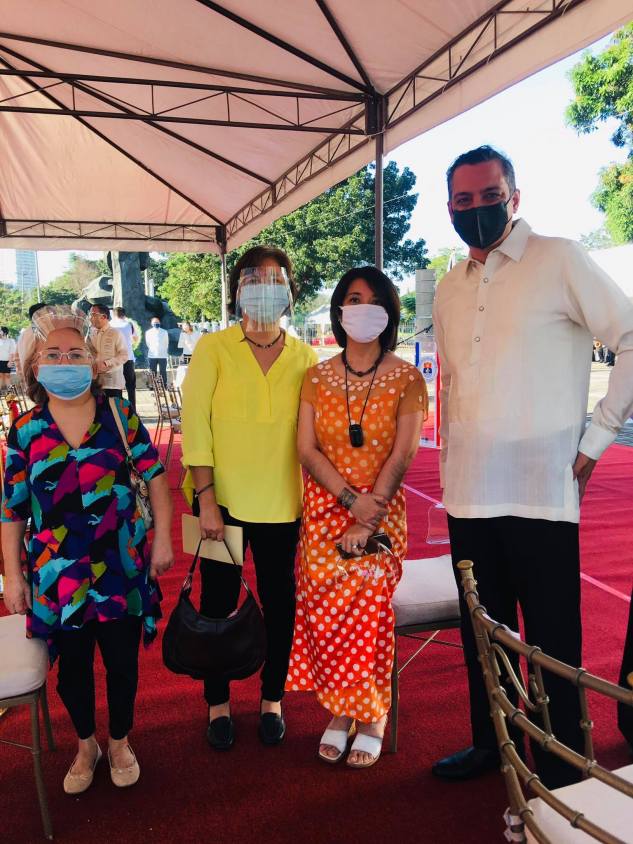 With National Museum's Chairperson of the Board of Trustees, Evangelina Lourdes "Luli" Arroyo-Bernas and Dir. Gen Jeremy Barns of the National Museum 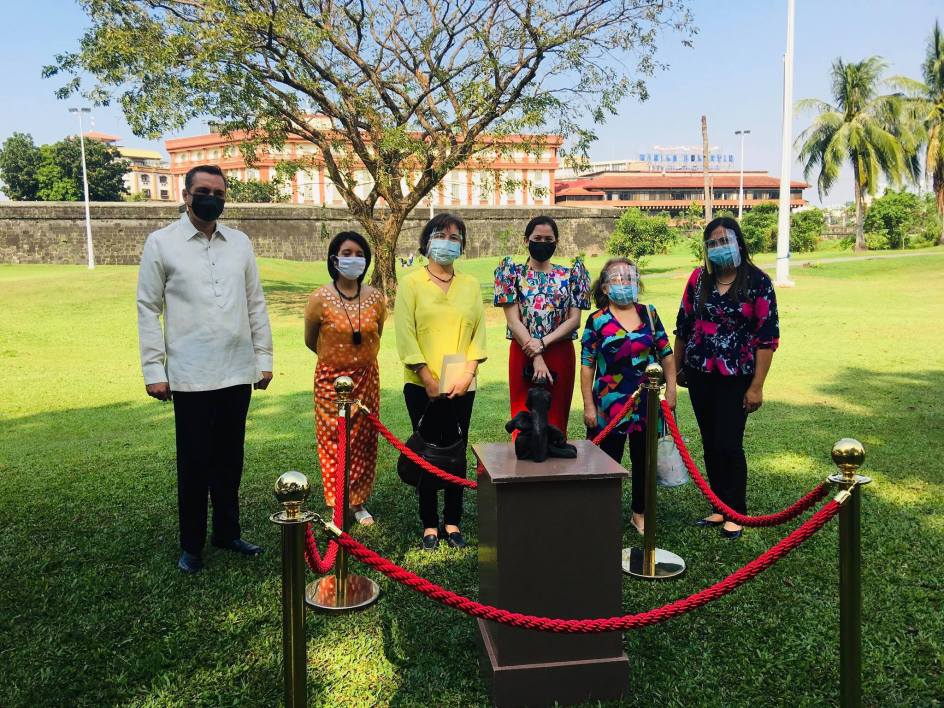 Next to me (L), National Museum's Chairperson of the Board of Trustees, Evangelina Lourdes "Luli" Arroyo-Bernas and  (FL) Dir. Gen Jeremy Barns of the National Museum. (Right) Sec. of Tourism, Bernadette Romulo-Puyat, my sister, Zenaida Saprid and niece, Ailene Ret 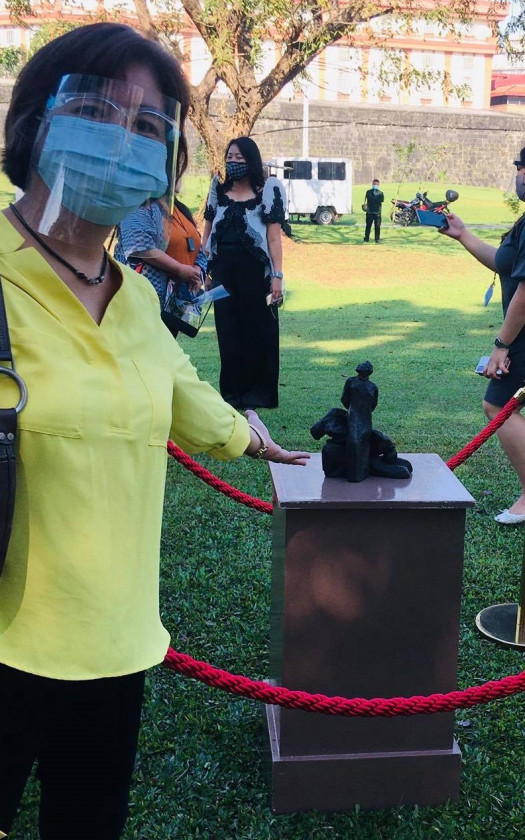 The original maquette made of beeswax